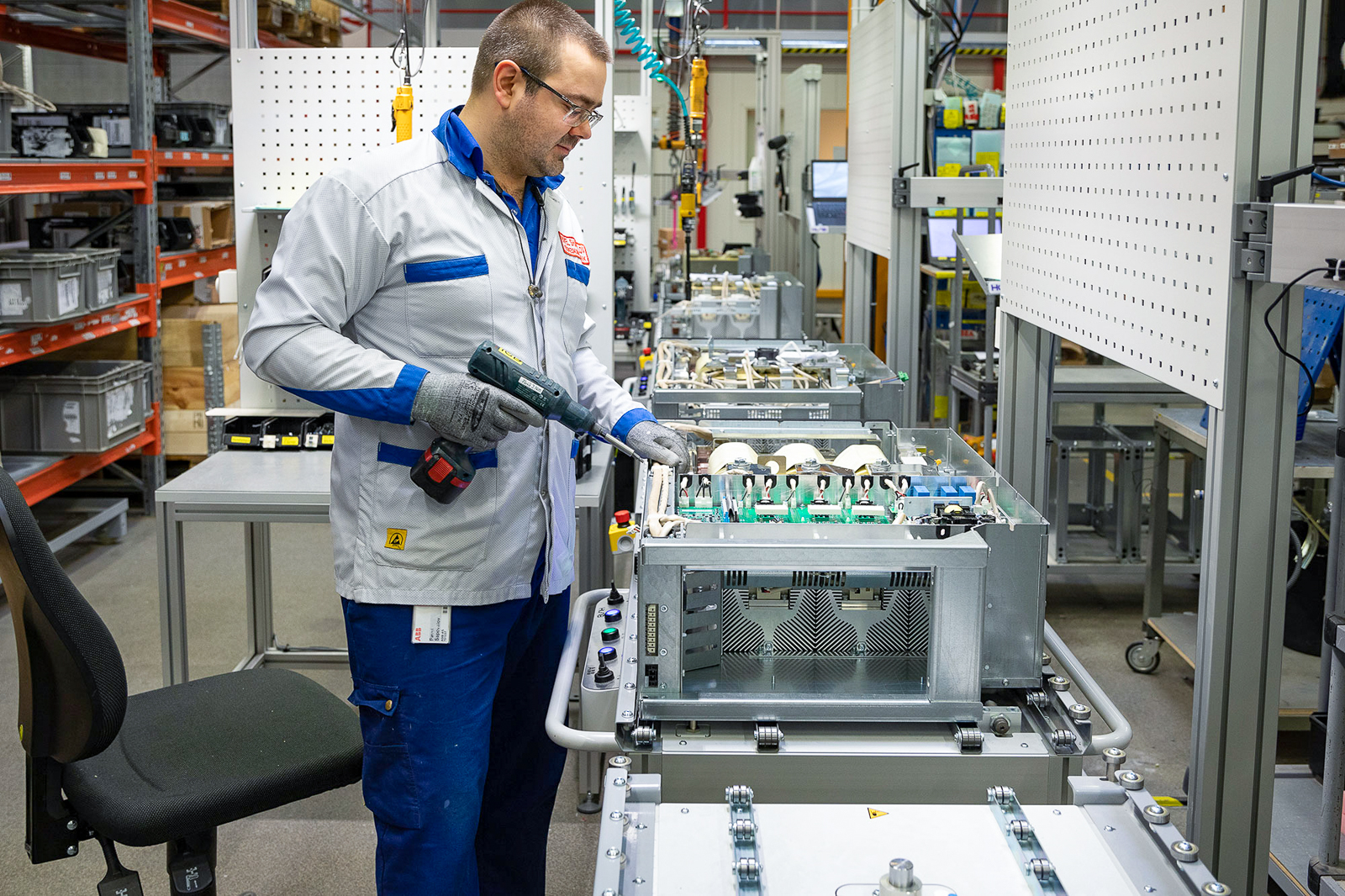 ABB, an industrial company with a history of more than 130 years, made the decision to automate the assembly line of their frequency converters, which are used to control powerful motors, to increase production efficiency. This process was further4 complicated by the fact that both equipment and the assembly line workers needed to be involved in the production process. Thus, a safe and ergonomic solution was required where machines and people could work together. HOOB accepted this challenge.

It began with input from the product and expectations for productivity, which led to the design of a completely new line. The development phase lasted 5 weeks, followed by the production of the components, and then the assembly, commissioning and testing of the line, after which the line was installed in the factory. After 5 months, ABB received a unique 14-meter line consisting of 6 workstations and 5 freewheeling conveyors. The line makes production significantly faster and its design quickly gives the line manager a good overview of both the work stages and material flows. The payback period of the investment is about 1.5 years and the expected service life of the line is about 10 years, with HOOB offering a 2-year guarantee.